Recognized internationally as an emerging musical talent, Brazilian pianist André Golbert has given professional recitals in the United States, Europe and South America. He has been lauded by critics, renowned musicians and scholars for his “impeccable pianism... stunning musical poetry,” and for his “brilliant... electrifying” performances.

In 2015 Mr. Golbert was awarded a solo debut recital on the main stage of the prestigious Theatro São Pedro in Porto Alegre, Brazil. He has since been a regular guest at this venue. In 2017, he also made his orchestral debut performing Beethoven’s Piano Concerto No. 2 with the Theatro São Pedro Chamber Orchestra, under conductor Antônio Carlos Borges-Cunha, in a concert celebrating the theater’s 159th Anniversary. Mr. Golbert has participated in several prestigious international music festivals, including the Aspen Music Festival and School as a student of Ann Schein, Rencontres Musicales à Lorraine in France, Festival Música nas Montanhas in Brazil, and most recently, at Paul Roberts’s Music at Chateau D’Aix summer course in France. In 2019-2020, he joined the faculty of the Osher Lifelong Learning Institute in Tallahassee, Florida, where he taught lecture-recital courses on Debussy, Ravel, and Beethoven. His liner notes for two recent Albany Records albums, Beyond the Sound (2019) and Conversa (2021), have garnered outstanding reviews. Mr. Golbert’s recent engagements include a lecture-recital titled Music to Put Out Fires, dedicated to the memory of Brazil’s National Museum, an all-Debussy recital at the Cathédrale Saint-Croix des Arméniens in Paris, the defense of his doctoral treatise, Instant and Eternity: Vladimir Jankélévitch and the Piano Music of Claude Debussy, the performance of Ravel’s Gaspard de la nuit at the Tous en concert recital series in Paris, and an appearance at the launch of the art installation project Keys of Light in London.

The recipient of many awards and scholarships, Mr. Golbert earned his Doctorate in Piano Performance at the distinguished Florida State University College of Music, where he completed his studies with Heidi Louise Williams. He received his Master’s Performance degree at the Mannes School of Music in New York City under the tutelage of Arkady Aronov, and completed his Bachelor of Music Performance degree at the Federal University of Rio Grande do Sul – Institute of the Arts, a premier music conservatory in Brazil, where he studied with Ney Fialkow. Mr. Golbert also studied with Paul Roberts at the Guildhall School of Music and Drama in London. He is currently returning to his alma mater, the Mannes School of Music, where he will pursue a Professional Studies Diploma under the guidance of Ann Schein. 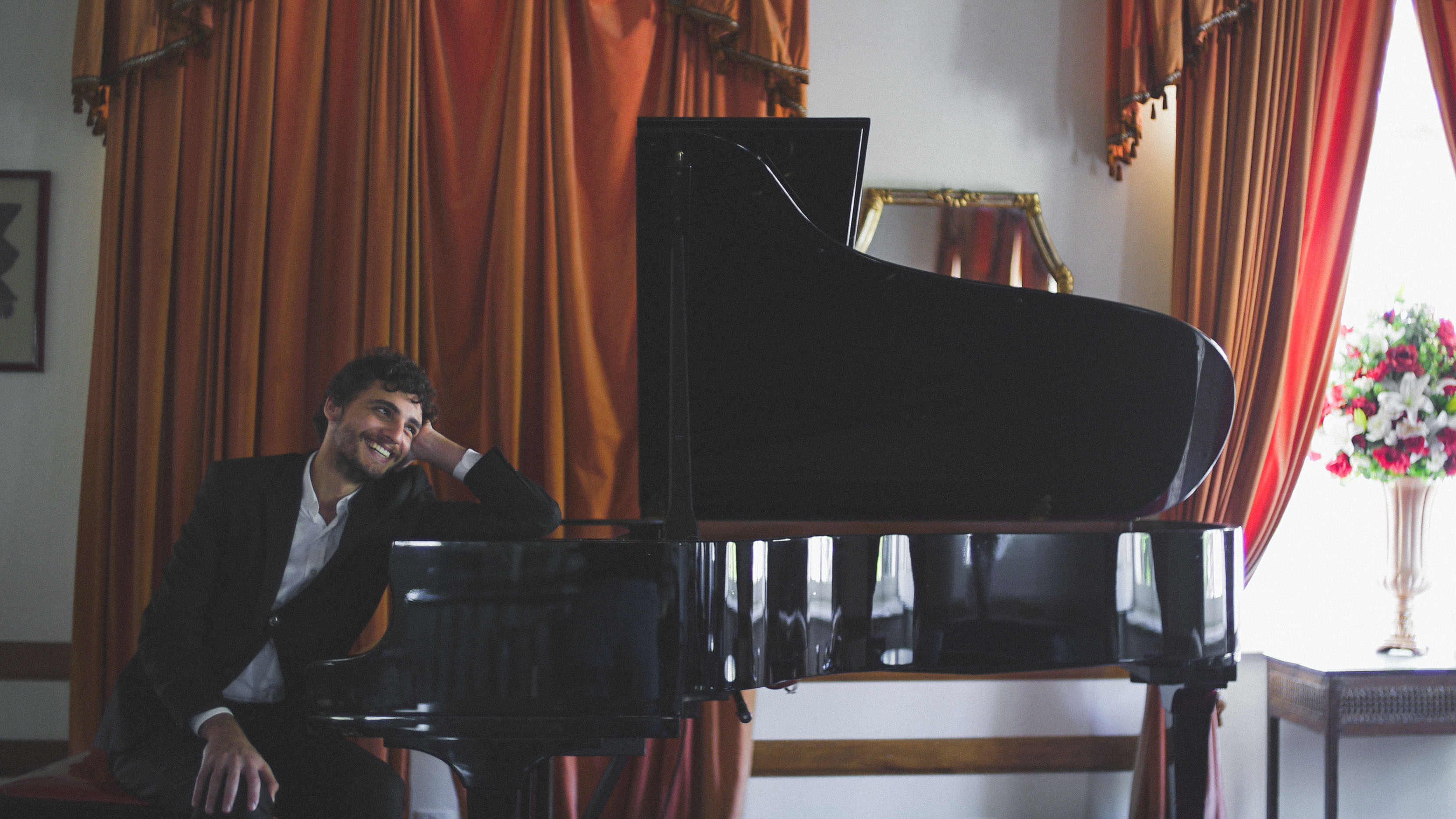 Of the many students I have guided in their academic graduate work over three decades, I have not encountered another whose thought is as nuanced, whose range of reference is as broad, whose curiosity is as insatiable, and whose musicality is as refined as Mr. Golbert’s.

André Golbert emerges as a new young Brazilian talent of the piano…his performance balanced sublime melancholy with impetuous energy, as if romantic fluidity had encountered flashes of inspired spontaneity in a single stream of sensitivity.